Blog
You are here: Home1 / Blog2 / Blog3 / The Cat that Spooked the Pet Sitter

The Cat that Spooked the Pet Sitter 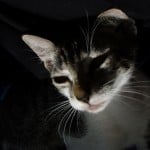 Before my client left on her trip, she took me through her house to show me how she would put boxes and tables in front of doors so I would know if someone had been in the house. She was concerned about my safety and said, “If anything is moved, you just get out of the house.” I chuckled to myself but thought she was very sweet. 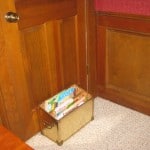 On my second visit, I noticed that the box she had put in front of the door leading to the dining room was no longer up against the door, but at an angle several inches away. I was concerned and moved very carefully into the living room, where the owner had put a table up against the door leading to the deck. The table was just as she had left it. I let out the breath I did not realize I was holding, but as I turned back toward the kitchen I noticed the magazine rack that had been up against the door leading into the foyer had been moved as well. Now that took my breath away. I quickly left the house. As I walked around the outside of the house looking for any signs of forced entry, I called the clients on their cell phone. I explained to the client what was going on, but that I could not see anything amiss on the outside; nothing else was out of place, no screens cut, or any broken windows. The client had me move a table in front of the front door so that I would know if someone had been in the house and that I could also check in with a neighbor who had a key. 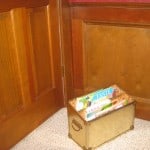 A little later in the afternoon the client calls to tell me she thinks she has solved the mystery. She goes on to tell me how one of her cats gets very upset when she is confined in an area. My client tells me several stories about items the cat has moved when trying to escape and that she thinks it is the cat moving the box and magazine rack.

Sure enough when I went back the next day the box and the magazine rack were moved again. The table was still in against the front door, so no one came in from the outside. It was just one little kitty spooking the pet sitter! 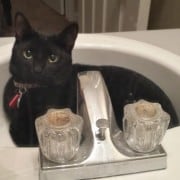 Things to do with your dog this weekend 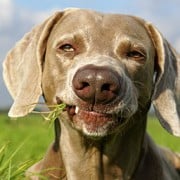 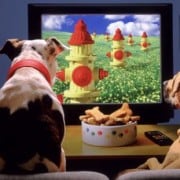 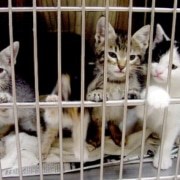