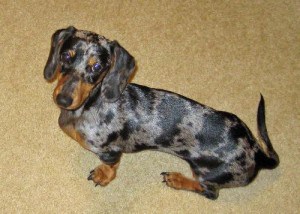 The Dachshund, or more commonly known as the “Weiner Dog” is long but short-legged dog that was originally bred to find badgers, rabbits, and prairie dogs who is part of the hound group. The name Dachshund means, “badger dog” and currently, the Dachshund is on the top 10 dog breeds in the United States, according to the AKC. Now, they are primarily family dogs, being great with children. They are mostly popular amongst those who live in apartments, ranking in the top 100 for dogs living in major US cities. Do you have a Dachshund? Send us your little ones pictures!