Blog
You are here: Home1 / Blog2 / Pet Health and Safety3 / Pet Nutrition4 / What Are We Feeding Our Pets? 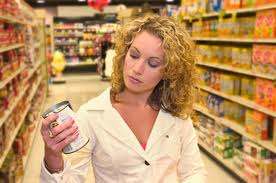 Do You Realize What Harmful Ingredients Are In A Popular Dog Food Brand?

I used to feed my dogs Iams food. Thirty years ago when I first started training dogs, Iams and Eukanuba were considered  very good dog food .  Did you know that Iams and Eukanuba yep, Proctor and gamble. Back then I was training dogs for an organization called  Bad Dogs Inc. The owner Bob Moorefield, was a big believer in good nutrition.  Bob also  feeding a good food meant cleaning up less waste.

Over the years the formula for both Iams and Eukenuba has changed. I know that I don’t know everything there is to know about dog food but I do know enough that I no longer put  Iams no longer  on my list of good dog foods.

Both Iams and Eukanuba contain Ethoxyquin. Ethoxyquin is a fat preservative used in some dog foods that is controversial. Some of these fears are linked with the product also being used as a pesticide and in making rubber. Most experts agree that when use properly the  additive is not toxic. For this reason after repeated investigations the United States FDA has ruled the additive may be safely used in animal feeds when used according to regulations.

Want to join the discussion?
Feel free to contribute!

Do you brush your dog’s teeth?