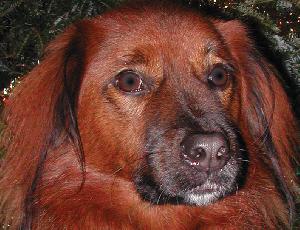 About two weeks ago I got a call from a client who has two dogs and two cats that I have taken care of for several years. One dog is an older Doberman with a large inoperable tumor on his chest.
When I answered the phone the owner told me she had some bad news. I thought that Rocko the Doberman had passed away. But then the owner said, “it wasn’t Rocko, it was Rusty.”
It has taken me two weeks to even be able to write about it. Rusty was a very special boy. He was a rescue so we don’t know his entire story. He was a very shy boy. When I first started taking care of him, I would put his dinner down then leave the room and go love on the kitties, because if I was anywhere around he would worry and not eat. I remember how happy I was the first time he let me pet him. And then there was the day he let me give him a belly rub, I think I liked that belly rub as much as he did.
Rusty was all ways a finicky eater, but over the last six months it had gotten worse. When the Vet diagnosed him with cancer he only lasted two weeks.
I love them all but some time there is the one who worms their way into your hart. I love you Rusty and will miss you. My hart and prayers go out to your family. It helps to know that we will all see each other again on the other side of the rainbow bridge. 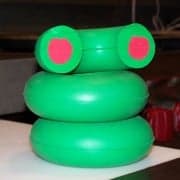 Are You Ready for a Rescue Dog?

Things To Do With Your Dog In and Around Atlanta

Another reason I love my dogs!